Who is Tucson Turf

To learn more about our Tucson Turf team members simply click below.

Toby Bourguet is the founder and President of Tucson Turf.  He is a local success story out of Marana and has been an active community member his entire life.  He has been married since 1998 and has 6 wonderful children.  When he’s not working most of his time is spent consumed in community services, especially coaching.  The company has allowed Toby to give back to his community in ways he only dreamed of.  He has been recognized for his business and community work through the years.  In 2015 he was a 40 Under 40 Award Winner for Tucson Business Leaders.  In 2015 he was also named Tucson Model Magazines Man of the Year.  The company has received Community Awards for Ethical work practices and was voted 2015 Landscaper of the Year and 2016 Turf Company of the Year.  One of his favorite awards is being named 2015 NFL Youth 12U National Coach of the Year.  He is currently the a coach and Director of Operations for the non-profit Tucson Turf Elite Football which helps kids learn how to become champions on and off the field.  There are very few people that take as much pride in making Tucson a better place through business and their work with our youth than Toby Bourguet. “I’m blessed to be a part of such a great team and wonderful city to call home,” says Bourguet.  “I believe running a successful company and team are one in the same, it all starts with a great attitude and great effort and the rest takes care of itself.” 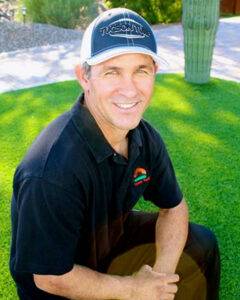 Robby is the brother of owner Toby Bourguet and was the first employee back in 2006.  He has learned basically every aspect of the project over the years and applies that to each project.  When he’s not making yards beautiful he is usually at a sporting event watching or coaching.  He has 2 beautiful daughters and loves supporting them in any way he can, especially watching them compete in their sports.  “Robby has seen our company grow from just a couple of us doing yards for mostly friends and family to being the #1 Turf Company in Southern Arizona and he’s been there helping us every step of the way,” says Toby Bourguet. 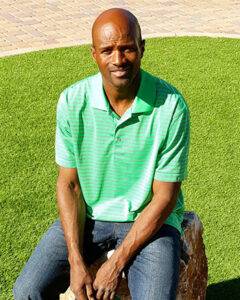 Sean has been an important part of Tucson Turf since the early days and has been best friends with the owner Toby Bourguet since childhood. Sean is happily married to his high-school sweetheart and they have 5 wonderful kids. Besides working for Tucson Turf, he stays very involved with his community through coaching and volunteering.  He enjoys meeting our customers and making sure they have the best experience possible with their projects.  “We couldn’t ask for a better person to be on every job taking care of people. Sean is a genuinely nice person and we’re blessed to have him on our team,” says owner Toby Bourguet. 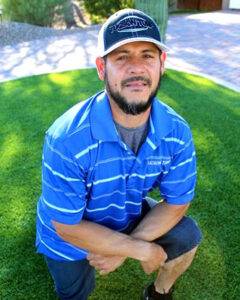 This is the type of guy you love having on your team.  He brings an excitement to every project.  His ability to envision what the customer wants and deliver on that vision is amazing.  Romy enjoys spending time with his wife and kids when he’s not at work and is also into personal fitness. Bourguet adds, “When Romy came onto our team he was an instant game-changer.  Not only is he truly an artist but his attitude is contagious and he has helped our team become a better team.”  You can find Romy on the ground making precision cuts in yards that very few people can in the industry. 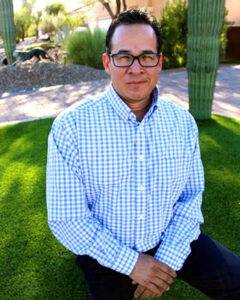